Oneplus Nord CE might be your best option if you’re looking for a no-compromise budget phone in 2021.

In the past almost two weeks, I have been using this phone, the new Oneplus Nord CE 5G, as my daily driver, and it has surprised me how capable this phone is and how little I missed from the flagship phones I used before.

First of all, Oneplus Nord CE that’s way too many words in the name to pronounce with a straight face. Secondly, what’s up with all the Nord phones, and where does this one stand.

So the CE in the Nord CE name stands for core edition. The idea is that Oneplus, which used to make just one great phone at a time, now tries to make a Oneplus phone for every price point you can imagine. However, while still keeping the core elements of what makes a great phone, at least that’s what marketing would like you to think. If this one covers all the basics, why would we buy the Oneplus 9T Pro super ultra that’s surely coming soon?

How is My Experience about Nord CE ?

Well, let’s dive in and see how the experience is with this lovely little budget phone, honestly. When it comes to the core functionality idea, I think this phone did that pretty well. There were no significant compromises that I felt while using the phone.

The design for me is spot on the back, and the frame is all plastic, but I don’t mind. This plastic body helps keep the phone much lighter than many others, and that is an overlooked advantage, and the other thing is just the size that about 6.4 inches. 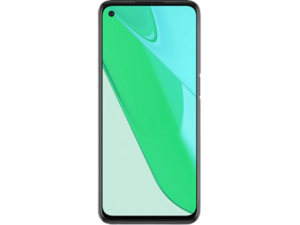 This site is just a perfect middle ground. This phone is not too big and not too small. Either Oneplus also throws in a lot in the box with the phone for free you get a powerful charger that tops up the phone to 70% in just half an hour, and you get a free case which I should say is just brilliant. First of all, it’s thin, and it has a clever cutout at the bottom, which makes swiping up from the top super easy even with the case.

On all of that, for a device that costs just around 63,999 in Pakistan, that is impressive. I should also speak about the screen quality because these cheaper phones have subpar screens, but that is not the case.

So you get a 6.4 inch AMOLED screen, and I compared it to the flagship Galaxy S21, a much more expensive phone, and the difference was hardly noticeable 1080p resolution on both, and colors appeared similarly vibrant blacks were deep contrast was excellent.

It was hard to see any difference, sure there are a few tiny compromises, and there, for example, on flagships, you usually get a 120-hertz refresh rate for super-smooth scrolling. It’s a big difference compared to the typical 60 hertz on older phones. The NORD CE supports 90 hertz, which is still vastly better than 60 but not quite as silky smooth as 120.

So you can notice it’s not 120hz, but you have to be picky about this the other thing is the performance.

The NORD CE runs on the Snapdragon 750G, a mid-range processor that just so happens to be the same one that powers the super-popular Samsung Galaxy A52 5G edition. So, I have used both phones, and I find the NORD CE runs a lot smoother and is less stutter. So it is not only about the processor. It is about those UI optimizations as well.

There has to be a catch, right. Everything sounds great so far. Maybe it’s the camera well, yes and no.

You have a triple camera system, but it’s more like two cameras that you use and another one just for the books. The third one is a monochrome lens that you can easily forget even exists because and listen to me closely. Oneplus Instagram has a monochrome filter that does the same, but the other two lenses, a main and an Ultra-wide, capture surprisingly good-looking photos.

A few shots I took on a walk in the park, and I also carried the Galaxy A52 to compare the quality, and surprisingly the NORD CE can often capture even better-looking photos than the galaxy.

You can also take portrait photos but only using the primary camera, which is a bit too wide, and this is one area where I miss not having a two-time zoom telephoto lens.

Subject separation is not great, and the Bokeh is fake. In other words, if you use portrait mode on this phone, all the cool kids will laugh at you.

In low light, you get the nightscape mode that takes a more prolonged exposure, and the quality is again surprisingly decent, but in low light shots, it’s easier to notice that you don’t have a more expensive phone. It’s not quite as sharp.

However, when it comes to video, I was a bit let down by the. Yes, you can record in 4k resolution. Still, the footage looks shaky and not properly stabilized, and more importantly, you don’t get the dynamic range in detail you expect from a 4k video.

Again in a direct comparison with the Galaxy A52, that phone also looks very shaky, but at least it has excellent detail, looks sharp, and has an excellent dynamic range. So you can do something if you feel adventurous, like throwing it on a gimbal, which costs as much as the phone, but anyway, if you like, you can do it. You can still get imposing video quality on the Samsung but not on the Oneplus, but that is the only big disappointment.

The Nord CE lasted 9 hours and 50 minutes of continuous non-stop YouTube video streaming over Wi-Fi which is an hour more than the original Oneplus Nord.

I was consistently getting a day and a half of use in real life, which is about 36 hours more than I am getting with other phones. When it comes to charging again, you have the charger in the box, and it goes from zero to 70 percent in just half an hour.

No, you don’t have wireless charging, but with the excellent battery life and the fast charging options, I never felt like I was missing out on much, so that is the Oneplus Nord CE 5G.

I didn’t even mention that it has a headphone jack, by the way, which i and I are indeed many other people will appreciate, and on that note how audio from the single loudspeaker on the bottom of this phone sounds like depth and clarity and forcing someone to listen to your favorite new song through it.

Sounds like an excellent way to test your friendship, but it’s loud enough so it can do the job for podcasts talking-head YouTube clips alarms and alerts, okay.

It’s mostly great for alarms okay, apart from that, my only major gripe with this phone has got to be the haptic feedback. See, the vibration motor on the NORD CE is frankly terrible. This is one of a few phones recently that I had to switch the vibration off completely.

It’s rattly and annoying, kind of like having a bee in a tin can all day not a deal-breaker.

If you don’t care about it too much, but it’s something that I wish Oneplus did not compromise on, especially since great vibration motors have spoiled us on most recent smartphones, even the previous Oneplus Nord.

So the rest of this phone is just greatness in a budget from the Nord CE price in Pakistan started to listen to me closely just Rs. 63,999 (410 US Dollar) and make no mistake just like the original Nord.

This phone will sail in millions of units, and it will often be sold out, so go get one early I don’t think you can go wrong with this phone. If you’re looking for alternatives, your best alternatives are the galaxy A52 5G, which is quite a bit more expensive, and the google pixel 4A.

The Nord CE is the better value. It’s cheaper and runs faster than those two other phones. However, if you want the best cameras, well, I guess you should still go with the pixel 4A, but yeah, Oneplus is a different company it has changed, and in my opinion, it has changed for the better I will continue using the Nord CE for a while more.

I enjoy it, from its lighter weight to that excellent blue color and just the fact that you can have such a great phone at such a low budget price, so this will do it for this review.

Let me know your thoughts about the new Nord CE and Oneplus phones in general. What your experience being is? Do you like the new direction.?