The Oppo A15 is currently a low-cost smartphone. This device makes no pretence of being a flagship competitor. It doesn’t claim to be the best camera on the market, but it does admit to being a good value for money with some valuable features.

Basic features, an excellent design, and a surprisingly comfy form factor make it a budget purchase, but that’s not all we’re talking about with the Oppo A15. 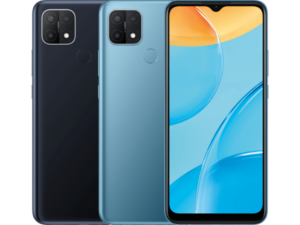 It also has AI mode and portrait bokeh, which helps get hazy background shots on the camera. The front-facing camera is 5 megapixels, while the rear camera produces 1080p video at 30 frames per second, which should suffice.

It’s undoubtedly a can-do camera, and at under 20,000 mobile prices in Pakistan, I’m looking for a point-and-shoot camera. I don’t expect much more at this price range, and I don’t want anything more. It’s a camera that can handle anything.

The Oppo A15 price in Pakistan and complete specification.

Now, the oppo a15 has a recognizable form factor in the form of a candy bar, but this form factor is exceptionally distinctive in that regard. It has a 6.5-inch display with a water drop camera on top, and the collection is HD with a 60-hertz refresh rate, which is good for basic gaming, watching video on your phone, and basic web browsing.

This phone was capable of accomplishing all of those things at the same time and did them well. The Oppo A15 is geared towards a specific market and designed with that in mind.

We must evaluate the battery life, and I must state that it is the two-day battery life for my use and the type of person who will buy this. They’ll probably get two days of battery life out of it, if not longer, because the battery is 4350 milliamp hours, and oppo claims that you’ll get 16 hours of media streaming out of it.

So that’s why I say it has a two-day battery life: no one will stream movies for 16 hours straight, and if they did for eight hours straight, I’d call them mad. I’d probably still call you mad if you did it for four hours, honestly, but it’s slightly okay.

This is mainly due to the device’s lightest specifications, including 3GB of RAM and 32GB of storage. We have the lower-spec display, so all of this adds up to more battery life since you aren’t using a lot of power to perform things, you aren’t multitasking, and you have a simple basic setup that will get you by.

The camera bump is excellent because it isn’t as prominent as on the Galaxy line of phones; it’s tucked away on the back and looks beautiful.

The colours are great; I’m wearing the mystic blue version, which is very lovely and refreshing. It has an excellent design and is only 7.95 millimeters thick.

So, I’m coming from a Galaxy S21 Ultra, which is gigantic and too big to use, and I’ve also recently quit using the Pixel 3, which was the perfect size for me, but the Oppo A15 fits neatly in between, and I’m pretty happy with the form factor.

When it comes to the Oppo A15, it’s simple to use one-handed, the display is simple to look at, and everything is simple, and the top three features of the Oppo A15 for me are:

I believe that when you consider all of those factors, as well as the capable camera and long battery life, you have a very nice device, one that should be worth considering at that price point of 110 to 130 dollars. The only thing I would suggest is that it comes with four gigs of RAM instead of three.