Today we discuss the Oneplus new flagship smartphones, the Oneplus 9 and Oneplus 9 Pro. The new Oneplus phones are quite elegant with a curved glass form factor; we have the vanilla model in the winter mist finish and the Pro in the morning mist. 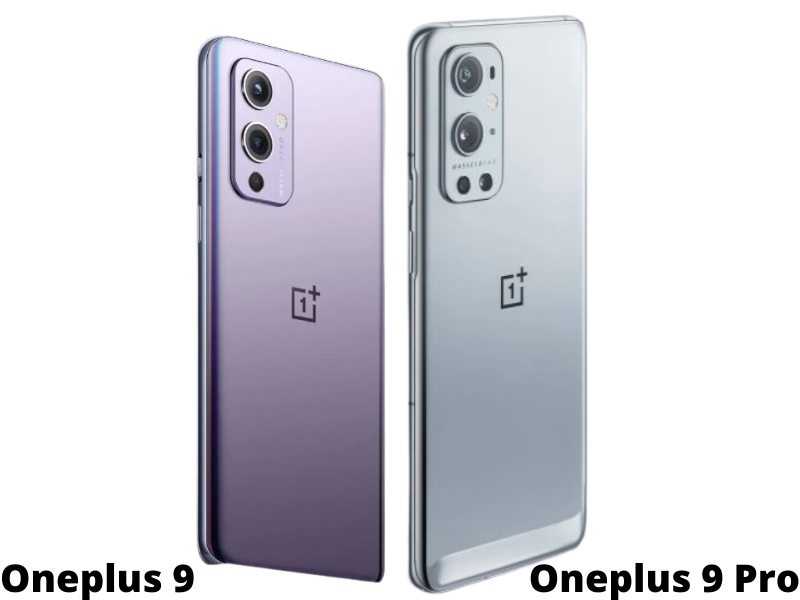 Besides a small difference in size, the phones look quite similar, but the Pro’s looks more premium even though they share. It has an aluminum frame, not plastic like the Oneplus 9, and you also get full IP68 waterproofing only on the Pro version. Both phones feature an AMOLED display with a fast 120hz refresh rate.

They are quite different, though, on the Pro, you get an LTPO display which means that it can provide that smooth high refresh rate when interacting and swiping, but it can also dial that down super low depending on the content on screen it can go all the way down to one hertz to save energy. And besides that, the Oneplus 9Pro display is a bit larger at 6.7 inches. It has a higher-res QHD resolution this is versus the 6.55-inch 1080p screen on the Oneplus 9. the screens are bright and colorful, and Oneplus claims great color accuracy is achievable too.

one other notable difference between the two models is in the cameras even though the setups are similar both the Oneplus 9 and the Oneplus 9 Pro have a 48-megapixel quad bare main cam with Omni directional face detection autofocus plus there’s a 50-megapixel ultra-wide cam with autofocus that can take macro shots and a 2-megapixel monochrome camera, but the Pro version also has an 8 megapixel telephoto with OIS which offers 3.3 times optical zoom. So, the setup is a bit more versatile than the lower-tier models, and it’s worth mentioning that despite having the same resolution.

The Oneplus 9 Pro’s main cam has the new Sony IMX 789 sensor, which brings support for 120 fps 4k video; among the many features supported on the Oneplus 9 and 9 Pro’s cameras is a Pro mode by Hasselblad, which gives you a bunch of manual controls as well as support for 12-bit raw shooting which allows you more options when editing in post. we’re also very interested in Oneplus improvements in their night mode. We’ll try it out once the sun goes down; the final major difference between these phones is wireless charging; the Oneplus 9 supports 15w wireless charging.

Both phones have the same 4500 milliamp-hour battery capacity split into two cells that can charge simultaneously. Oneplus claims you can go from zero to 100% in around half an hour. the rest of the features I’ll go over are shared between the Oneplus 9 and 9 Pro; there’s a cutting edge Snapdragon 888 chipset along with 8 or 12 gigs of RAM and performance here should be awesome if you’re into games there’s also a Pro gaming mode which will optimize performance and block notifications, and a 240-hertz screen touch sampling rate means that things feel extra responsive. You get a cooling system with a vapor chamber and graphite and copper layers. The thermal should be good too; the new Onepluses also have stereo speakers for your audio with Dolby utmost support.

There is no headphone jack, though expandable storage is another feature you won’t find, you can choose from 128 or 256 gigs onboard either phone; waking up and unlocking the Oneplus 9 and 9 Pro can be done with an under-display fingerprint reader, and the interface of the new Oneplus phones is oxygen OS 11 based on Android 11. it brings better memory optimization over previous versions and gives plenty of customization options too.

There you have it, guys the Oneplus 9 is starting at around 730 bucks at launch, while the 9 Pro is around 250 bucks more at nearly a thousand. Do you think the Pro version is worth it or is the vanilla model the more intriguing one?