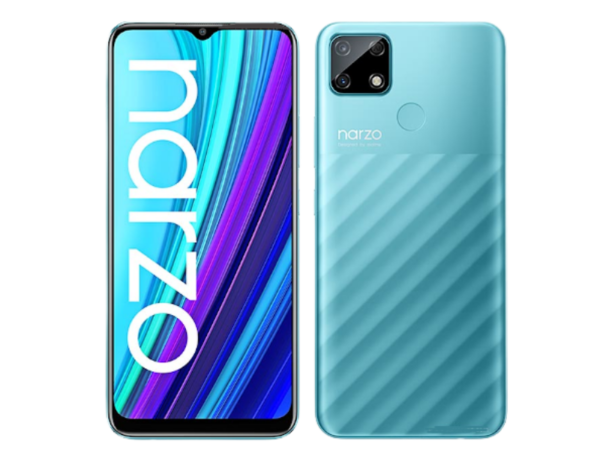 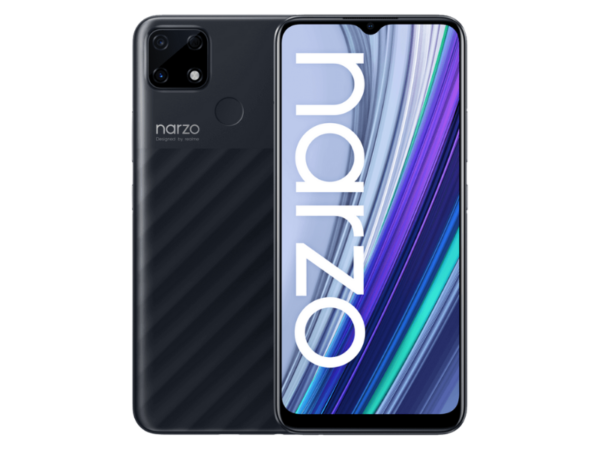 The Realme Narzo 30A is powered by the Mediatek Helio G85 processor, an Octa-core chip with 6 cortex-A55 cores and 2 Cortex-A75 cores. It has 4 GB of RAM and 64 GB of storage, and a dedicated micro SD card slot.
A 6.55 inch IPS LCD panel with a 720p resolution and a 13-megapixel dual camera setup on the back, whereas on the front, you get an 8-megapixel selfie camera.
The battery is measured 6000 mAh with an 18-watt fast charging facility and charges over USB type “C” port and a headphone jack incorporated into the smartphone.

Performance of the Realme Narzo 30A

When it comes to the smartphone’s real-world performance, we’re pretty surprised by how well the G85 chipset still holds up despite being slightly older. While the CPU performance is admirable for this price range in terms of the GPU benchmarks, we see some pretty decent numbers. When we fired up to Call of Duty in actual real-life gaming, we got a median frame rate of 58 fps; now, the older Narzo 20 also had the same median fps. Still, the stability of the frame rates on the 30A is far higher at 39%.

In contrast, the Realme Narzo 20 in our testing had the stability of just 46% abysmal; when we look at Asphalt 9, we see very similar behavior on the Realme Narzo 30A. We hit the target of 30 fps. Overall, we see in terms of real-world usage, Realme Narzo 30A performs slightly better; this is evidenced by the fact that the software has been optimized over the year. This hardware has been working much better with the software onboard to deliver better results. 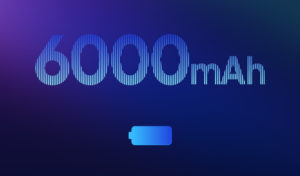 We see a similar behavior even when it comes to battery life. The two phones (Realme’s Narzo 20 & Narzo 30A) have the same 6000 mAh battery. Still, we’re getting about a day and a half of use from Narzo 30A easy.

In contrast, with the Narzo 20, the battery life topped out at about a full day of heavy use max may be going into the following day at best, so overall, the Narzo 30A does feel like a re-badge of the Realme Narzo 20. The hardware is the same; in fact, even the software is very similar to a great extent, but there are certain benefits that we’re getting from this phone in terms of performance.

The Realme Narzo 30A comes with a dual-camera setup, even though the module at the back makes you sort of kind of think that it’s a triple or a quad-camera setup, not the case. It’s essentially 02 cameras working as one delivering you the 13-megapixel output; the aperture on both of these lenses is f 2.2, another downgrade when you consider what the Narzo 20 had to offer.

You do look at the photos though we see some exciting things; the daylight performance of the Realme Narzo 30A’s camera is pretty much what you would expect from a smartphone that costs less than 21K price in Pakistan that means you get nice saturated colors. You get a decent dynamic range with some clipping in the high lights, but you don’t expect sharp critical details. So, when you zoom into the images, you will see some distorting level, and that’s just because the jpeg compression moves over into low light situations.

You have the option of using the nightscape mode, which surprisingly performs well. once again when you zoom in, you find that the details are missing. This is a fair enough trade-off, especially in a smartphone of this price point in Pakistan, to get a usable image to post to social media and keep in your phone to refer back as a memory’s sake. Overall, that’s pretty impressive; you also have an 8-megapixel selfie camera in the front, and one thing that’s common between the two cameras is the portrait mode.

Now the portrait mode does deliver decent results from both the front and the back cameras, with the only caveat being that the edge detection is not the best. Frankly, that’s fine because that’s a common problem across every smartphone, irrespective of how much money you spend on it today. Overall, Realme Narzo 30A performs decently well when it comes to the camera stack with one critical drawback.

That drawback is the time between shots while the shutter lag is not noticeable; you will notice that there is a significant amount of time that the camera takes to go from one shot to the next. For example, when you press the shutter button, you can keep tapping on it rapidly and but it will not take a picture at least for the next three seconds; that’s a significant amount of gap. Simultaneously, a low price point should not justify poor user experience because a delay between shots could result in missing the decisive moment when you’re trying to capture one.

The Realme Narzo 30A is an IPS LCD panel with a 60hz refresh rate which is pretty standard for this price point, and of course, it’s a 720p panel, so that’s HD plus and not full HD. On the other hand, you also don’t get any HDR certification, so you’re just limited to watching regular HDR content. Typically, we would say that’s a problem, but at this price point, the display performs admirably well. It’s pretty decent to use outdoors does not have a lot of reflection problems. Suppose you did feel that there were issues with readability out or in bright light.

In that case, you could just remove the screen guard that’s been applied for improved visibility; we’ve noticed that over the last 6 months’ screen guards tend to lower the panel’s readability in bright light, and remove them does tend to help other than that. Frankly, this display is very functional; it’s decently color-accurate it does not have the over-saturation characteristics that an AMOLED panel would have.

If you don’t appreciate over-saturated patterns, you’re going to like this one, but if you want that poppy and vibrant feel to your images, this may not be the panel for you. The selfie camera is embedded right in the top center instead of being in a corner.

Design of Realme Narzo 30A

The design of this phone is very interesting because it takes a very pixel-like approach it. It’s got a dual texture. It’s not dual-tone, but a dual texture type finish. Frankly, it’s pretty nice to hold, it’s grippy, and that’s one of the best things about it. It is fully polycarbonate that has to be clarified, and honestly, it doesn’t feel like a cheap piece of plastic. To begin with, the power buttons on the right, as is the volume rocker, and they’re both easy to reach with just a single thumb because the spacing between them is adequate; the sim tray offers two Nano sim card slots because it’s a dual sim smartphone.

There is also a dedicated micro SD card slot for anybody who cares about that thing. It’s interesting that manufacturers still offer these dedicated slots on low-end phones, but the more money you spend on your smartphone, the less of them you get. Because you know hybrid sim and now with many flagships ditching the SD card slot altogether.

The fingerprint sensor is, in my opinion, placed a little on the higher side. Still, I do have slightly smaller hands; if you had bigger hands, you’d be able to reach it more easily but what is interesting is that the placement, the fingerprint sensor is a little hard to find because there is no ring around it. It’s a reasonably seamless piece of plastic at the back.

Finally, the camera module, thankfully, does not jut out of the body too much, and if you put the phone down on a table, it’s not going to wobble or fall off due to vibrations. Overall, that’s a pretty good thing, but there is still the question of should you buy the Realme Narzo 30A, and that’s a very tricky question to answer because this phone is, in all essence, a rebranded Realme Narzo 20.

Conclusion of the Review

The camera modules have been completely changed out for sure, and the price point has been lowered because Narzo 20 sold for about a little over 25500 rupees in Pakistan; this will be under 21k, performance-wise, it’s identical to the Realme Narzo 20. the display is similar to the Realme Narzo 20. the battery spec is identical to the Narzo 20; what’s changed is slightly on the design side; the battery life is marginally better, but where you differentiate it is the camera module.

Now you could say that I’m happy having you know one camera that performs well versus having three barely about average cameras. That is a choice you guys get to make, but there is also, you know, in Narzors own lineup there’s a whole bunch of other devices that you can look at, and there’s, of course, the competition in the form of let’s say the Redmi 9 Power or even the Xiaomi POCO M3 that’s right. So, there are a lot of options out there in the market.

Disclaimer Realme Narzo 30A: Realme Narzo 30A Mobile price in Pakistan Rs. 20599, has been updated day-to-day on AndroidMobile.pk. On the data we gather from different Cell Phone Wholesalers of Pakistan, the phone price may differ from market to market and city to city (Karachi, Lahore, Peshawar, Islamabad, Muzaffarabad). That’s why we highly endorse that you must see your nearby Mobile shop to look at the phone’s actual price tag and also we Cannot authenticate that the specification of Realme Narzo 30A and views are 100% accurate. 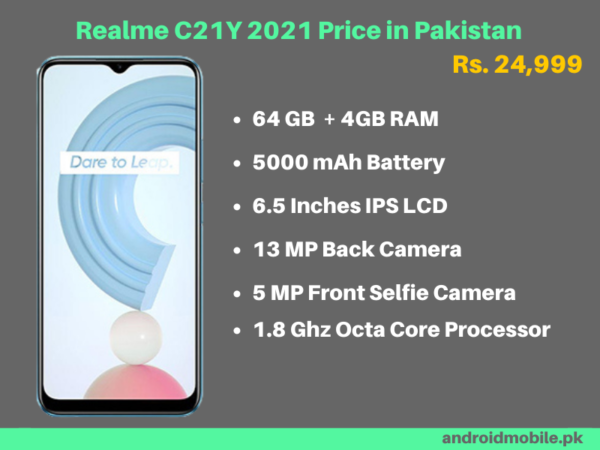 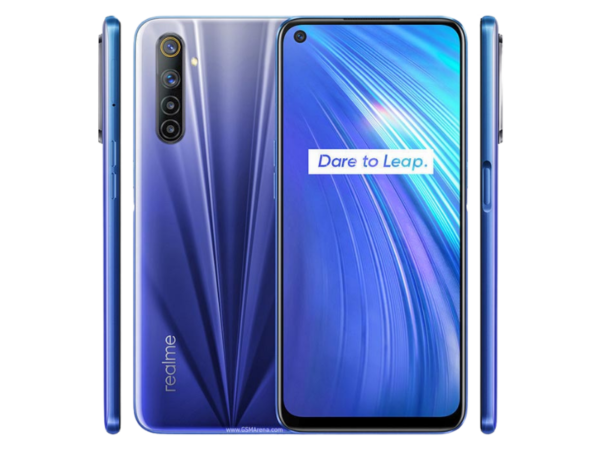 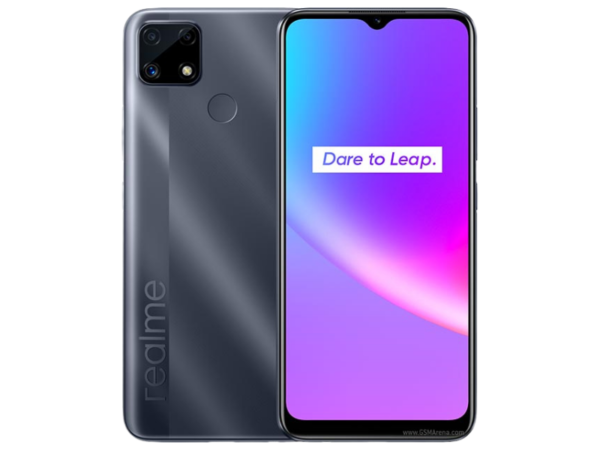 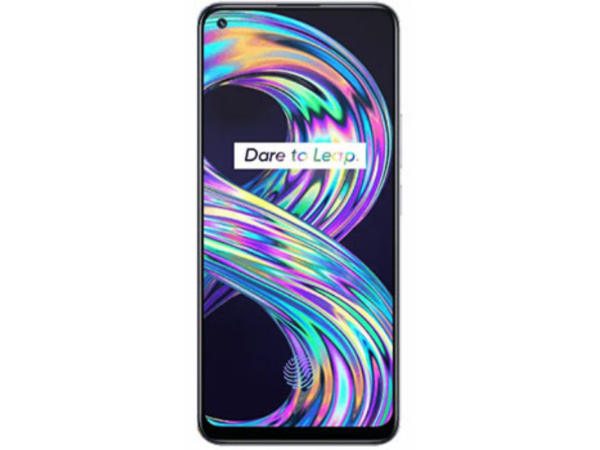 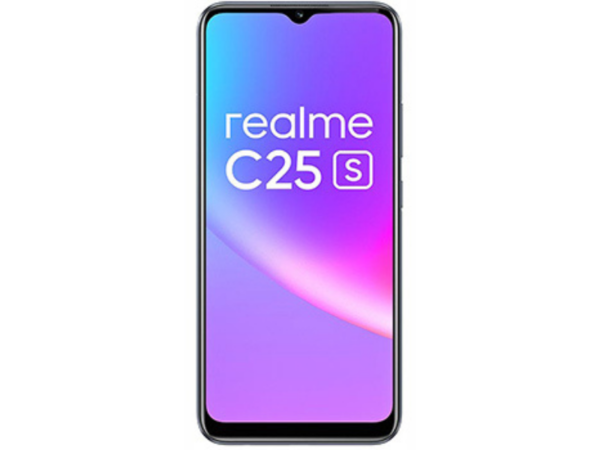 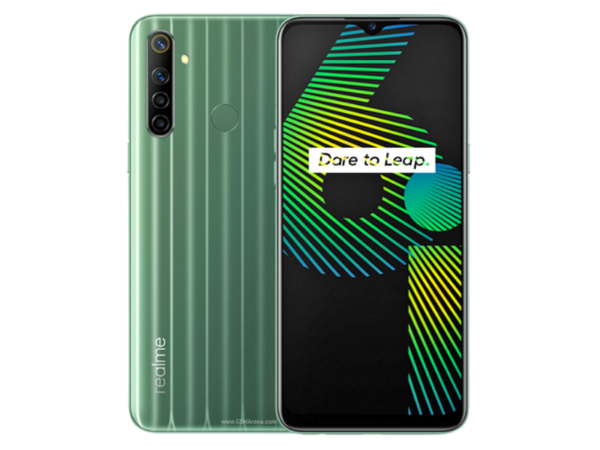 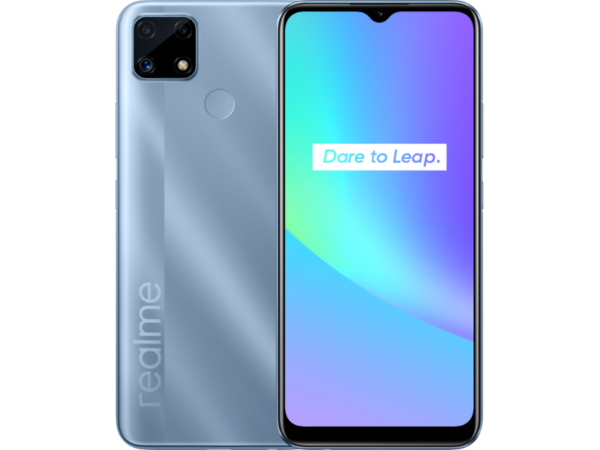 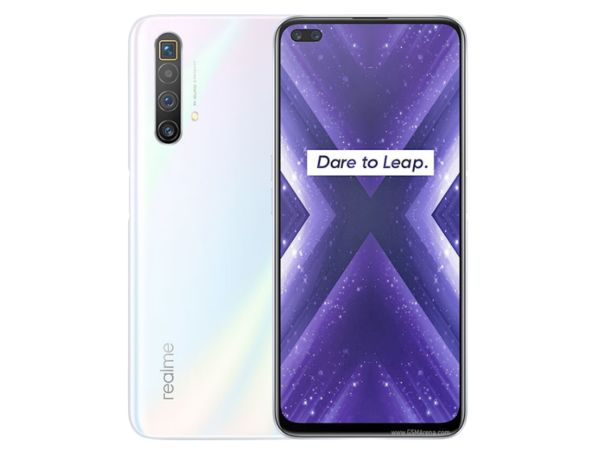